This is the last, I think, in a series that critiques our preoccupation with scale, especially within the social sector. It’s not that scaling is a bad thing, it’s just not nearly as simple as its being portrayed. In this piece, we argue that because the social sector is deeply relational, the conditions under which solutions emerge are as much part of the intervention as the solution itself, and that this is what gives it legitimacy.

Further, in those rare instances where charities and non-profits do engage in rigorous social R&D[1] the result may not itself be scalable because the specific contexts of the work are unique. More importantly, there are qualitatively distinct characteristics of human-centered design and co-creation that resist scaling, especially when compared to traditional top-down pilot programs that are wholly baked within the system and don’t involve users until it comes time for program enrolment.

Some of these characteristics are as follows:

Contextual research, especially deep immersive methods such as ethnography or cultural anthropology, are deeply curious epistemic dispositions that build rapport and credibility between local representatives of “the system” and user groups. The representatives are not problem-solving, counselling, or imposing a professional narrative; they are paying attention. When people spend time with users groups in their everydayness, across programs, contexts and time, the stiff conventional roles are discarded and authentic connection and relationships emerge. These relationships, rooted in vulnerability, goodwill and trust, are the cornerstone to whatever solution emerges.

human-centered design and co-creation are exceptional examples of promoting self-determination because they invite user groups to articulate the problems and to shape the solutions. This invitation, this empowering of an often oppressed and disempowered population group, is itself a powerful intervention. It is part of the final product and yet cannot be scaled when the solution is exported to other jurisdictions.

These methods create a sense of local ownership because stakeholders have participated in the solution from the very beginning. It is a community solution, one wherein professionals may have played a role but they are not the sole owners. The moment the system undertakes to scale a solution that has been birthed under such conditions, it presumes the conceit of ownership and users in new jurisdictions are again relegated to the role of helpees who can enroll if they qualify. Unless there is some sort of adaptation methodology that allows for a transfer of ownership, the solution will belong to the system, not a community of stakeholders.

When a solution is grown in a local context and then scaled to a different one, there is a presumption that the solution is discretely bound such that it can be extracted and replicated without any loss of fidelity. This is rarely the case in social services.

For starters, the new context is probably anything but receptive; it could even be toxic to the solution. Organizations, their employees and user groups will likely experience any new program or service, even ones that are not particularly innovative, as an imposition from without—as yet another example of those with institutional power blundering into regional complexities. The prevalence of wariness and mistrust between most governments and service organizations, and between organizations and user groups, can salt the soil against any program replication–especially if it signals a future trend preferred by decision-makers, or if it is associated with having to give something up/closing other programs.

More importantly, the originating conditions involved methods, competencies and relationships that are essential to solutions taking root. Unless the new jurisdiction has these characteristics, it is unreasonable to think that any scaled solutions can be adopted, adapted and continuously iterated. Instead, as suggested in a previous post, the solution will be “frozen” in some form that resists adaptation to local conditions or ongoing development, and which, when imposed, will exacerbate misgivings regarding both the government agenda as well as the new program’s applicability.

From scaling to co-creating

The social sector is heavily relational. Irrespective of the expert knowledge, competencies and credentials that are brought to bear, such things are virtually always mediated by relationships. Too often, these relationships are saddled by dynamics that are not particularly constructive—where power accrues to the professional, deficit lenses prevail, and the relational binaries are restricted to helpers:helpees (there is no reciprocal exchange of something of value).

Co-creation—that is, involving user groups in both the problem and outcomes definitions, as well as solution development and implementation—disrupts a static and non-generative relationship and makes space for meaningful dialogue, learning, creativity and development. But it requires lots of work to build trust and credibility, adjust to the implications and limits of power-sharing, and to define and build new relationships. In those rare instances where co-creation does occur, we cannot assume that what emerges can be disentangled from its origin, from the relationships and processes that gave it birth, and embedded in new sociopolitical and relational contexts.

Is It Okay To Talk About Power? 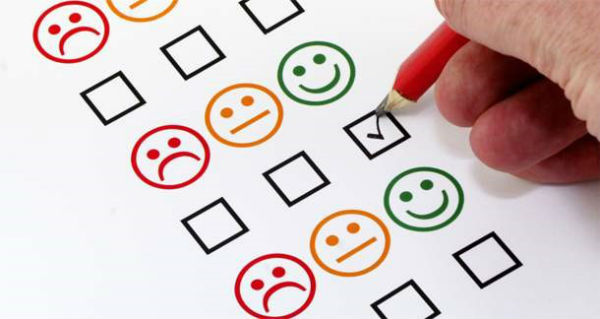 On the Misuse of User Satisfaction Surveys in Social Services