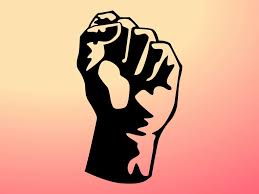 In my world of support to adults with intellectual disabilities, this gets even more complicated. People without disabilities are ultimately controlling and managing the affairs of those who have disabilities because those receiving services usually struggle to understand what’s in their own best interests, and what sorts of things/behaviours/conditions will advance it and what will harm it. The more someone in our services understands their own needs and how to meet them, whether immediate or existential, the more organizations are supposed to empower them (I was going to say, “return their power to them,” but many haven’t had much power to begin with). The less understanding there is, the more organizations hold power. It’s more complicated and nuanced than that, but that’s the essence of it.

It’s why my hackles rise when I hear service providers talk about how persons with disabilities and their families drive their services. I have never seen it. Ever. A sprinkling (or even a majority) of representation among board or association members doesn’t translate into real power. Being survey respondents, focus group participants or advisors is not decision-making, and it pertains to only a fraction of the thousands of decisions that are made daily. If anything, such roles and tools can defend mediocrity more than drive services because “people seem satisfied” and “this is what they choose/want.”

Decisions that have to do with persons with intellectual disabilities are frequently proxied to others: parents, siblings, front line workers, managers, legal representatives, etc. Even disability rights and empowerment movements, and disability pride, are fundamentally spearheaded by allies without intellectual disabilities. Because these sorts of undertakings require sophisticated political, cultural and linguistic strategies, as well as the ability to plan and resource them. From a civil rights perspective, it’s a surreal dynamic. And precious little discussion of it, which I find equally surreal. Probably because no one likes to talk about the extent of the power they actually wield.

To make things worse, even were service delivery associations to give up power and control, they may still be on the hook for what happens. They are legally, contractually and ethically responsible for the wellbeing of those they support (and immediate needs get priority over higher-order ones). Letting others decide what is going to happen, while still being accountable for the result, is hard—especially when associations can be sued, censured, or lose funding, and employees can be disciplined and/or dismissed. Layer on top of this the fact that we are dealing with complicated systems that require consistency and predictability, that are required to submerge variability and individuality in order to universalize processes, and the culture of control that emerges permeates everything. Of course, this is a broad stroke analysis, and there are lots of exceptions and deviations, but I think this is generally right.

So What To Do?

First, I think we need a much more sophisticated and practical discourse around power. Both power and freedom are too often regarded solely as ends and not as means. Freedom to do what? Power for what ends? To answer that question we need a moral framework, and I am inclined towards one that posits human self-actualization as that end. Or, in Paulo Freire’s words, “the completion of being.” No one can achieve someone else’s actualization; we must each pursue our own. Without our own power, without the freedom to pursue such an end, we are prevented from achieving it. We are dehumanized. And those who hold onto that power are inhumane.

But what happens when people face circumstances wherein their freedom and power works against their own completion? When they don’t really comprehend what constitutes self-realization or how to go about achieving it? Or when they are so wounded, or so misused, that they would choose their own ongoing annihilation or desecration? When one’s circumstances are so severe that overcoming them, and self-overcoming, seems impossible? When people are not really free at all, despite the formal ability to act? Is the imperative to ensure that they still have the power and freedom to determine their own path, or is the imperative to intervene—to take away someone’s power and/or to assert our own in order to safeguard a being that is at risk of disintegration? Because we hallow it, even when it does not, or cannot, hallow itself.

This is a fraught question, I know, and any answer is brimming with danger.

That said, I think that sometimes power is legitimate and what is called for is neither social judgment nor tokenistic maneuvers, but a clear ethical framework for how power ought to be applied and when it ought to be ceded. If our work adopted a moral-existential framework which had human fulfillment as the end, and which recognized that people required their own power and freedom as a means toward that end, then we might find grounds for both exercising institutional power and to challenging it.

Too often, the way power is wielded is oppressive, dehumanizing and humiliating. Even though it comes with offers of intervention and support, it’s not necessarily constructive. Systems can reduce people to their immediate needs and fail to see them as humans in search of purpose and fulfillment. In endless “helping” mode, organizations may fail to see what others have to offer, and where there is no reciprocity there is dependency and shame. Where interactions are transactional rather than relational, the self is debased (for everyone in those interactions). Depending on the amount of exposure to this sort of thing, people can internalize the way they are seen and treated. As Foucault showed us, when people internalize the gaze of others, when they see themselves as those with power see them, they learn to oppress themselves.

I would argue that the problem here is less that these systems have power (they will always have some sort of power), and more about how they are using it and what results from it: are they benefiting or endangering the being of those they support? This is how we would know whether the possession or exercise of power is legitimate or illegitimate. Does it advance being or diminish it? Does it lead to purpose and agency or to stagnation and surrender? Does it expand possibilities or shrink them?

Whether or not this sort of position resonates with others, I hope it at least gets us talking more openly and critically about power. It’s the elephant in the room, the poison in the chalice, the hot potato that no one wants to talk about. And I think it’s problematic when there is so much at stake that we can’t openly talk about, and when right-thinking or wrong-thinking seem to be our only options.

On the Misuse of User Satisfaction Surveys in Social Services